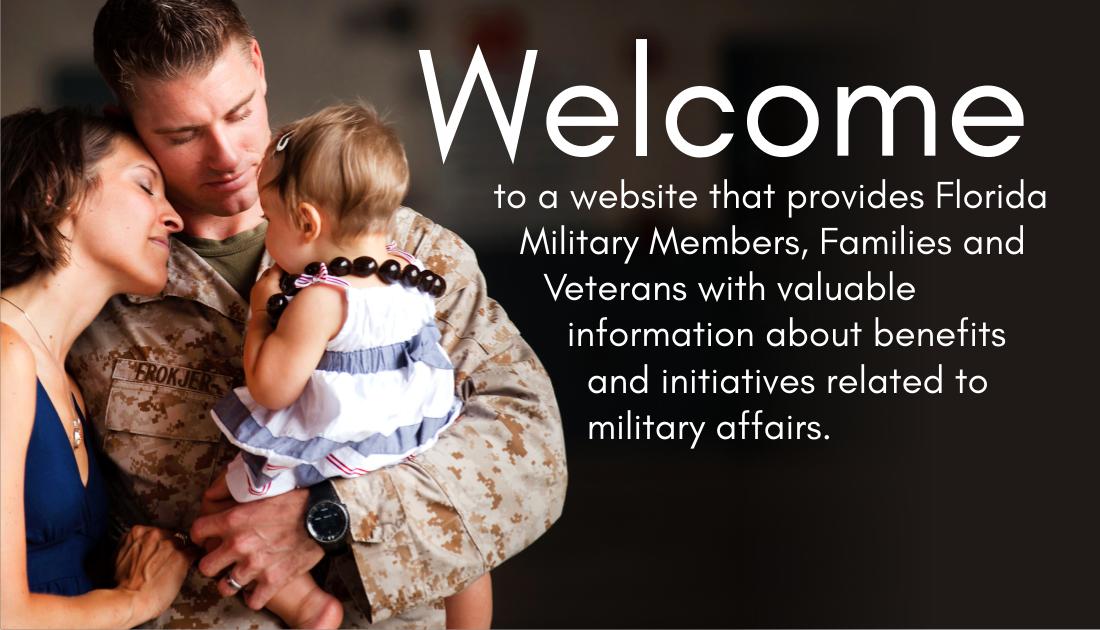 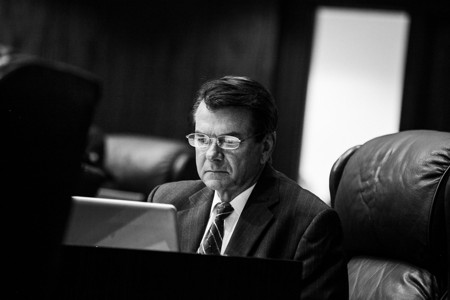 As Chair of the Senate Military and Veterans Affairs, Space and Domestic Security Committee, I was honored to work closely with our military community and legislators to make Florida the most military friendly State in the nation.  As a member of the House, I continue to fight up in Tallahassee for our brave service members, families, and veterans.

Here are some key initiatives that we passed in the 2018 & 2017 Legislative Session:

House Bill 29(Co-Sponsored) - This bill was titled the “Don Hahnfeldt Veteran and Military Family Opportunity Act” in honor of Representative Hahnfeldt, a former US Navy Submarine Captain who sadly passed before session. This bill helps make it easier for service members, veterans, and their families to do business in Florida by expanding waivers for licensing Fees and expanding eligibility for receiving training grants and participating in entrepreneurship programs. This bill also gives priority attendance for Florida Virtual School to children of out-of-state service members whose legal residence is Florida and establishes March 25th as “Medal of Honor Day” in the State of Florida.

House Bill 75 - Helps make college more affordable by authorizing Florida College System to waive any portion of specified fees that are not covered by the Department of Defense Military Tuition Assistance Program.

House Bill 333 - Exempts veterans of Special Operation Forces from the basic recruit training in the process to become a law enforcement officer.

Senate Bill 100 - Creates an exemption from local business taxes for veterans and their spouses, eliminates a fee to display the word “Veteran” on a Driver’s License or I.D. Card, and expands the forms of identity a veteran can present to the DHSMV

House Bill 7087 - The Florida First Tax Package included a provision that removed the requirement that a surviving spouse of a disabled veteran be married for at least 5 years before being entitled to the $5,000 property tax exemption
​
House Bill 615(2017) - Expanded licensing fee waivers for military members, veterans, and their families and extended the time of good standing from 6 months to 2 years after discharge for boards and programs under the DBPR.

Here are some key initiatives we passed in the 2016 Legislative Session.

Senate Bill 7016 - Ensures that all children in Florida have every opportunity to achieve academic success. The Bill extends the Interstate Compact on Educational Opportunity for Military Children, which was set to expire in 2016.

House Bill 799 - Assists active duty members of the United States Armed Forces who reside or who are stationed outside Florida to receive a postsecondary education.

House Bill 1157-Expands the mechanism through which eligible members of the U.S. Armed Forces can earn college credit for military experience.

Senate Bill 626- Provides greater consumer protections for service members and their dependents in connection with a broad range of consumer credit transactions.

Senate Bill 184- Creates the Military and Overseas Voting Assistance Task Force within the Florida Department of State for the purpose of studying the feasibility of an online voting system that would allow members of the uniformed services who are overseas to electronically submit voted ballots. 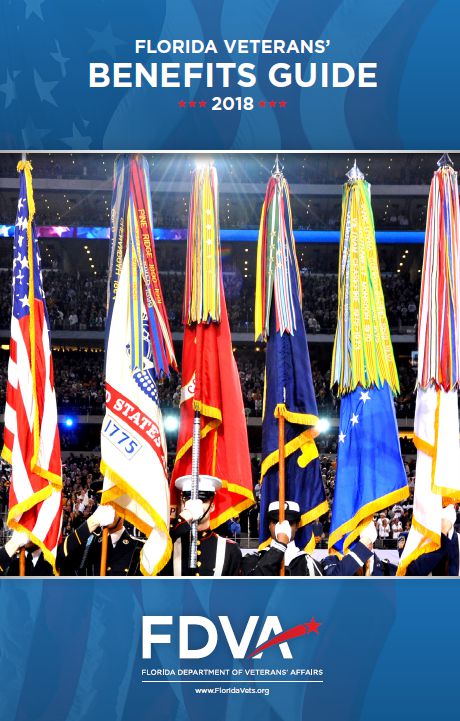 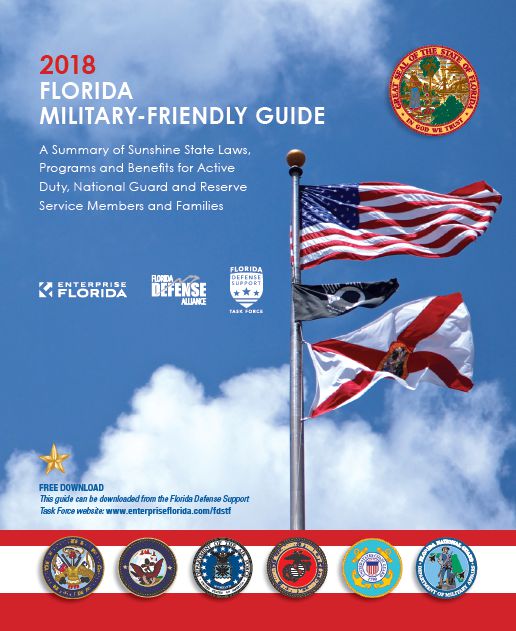 Download File
Florida’s Veteran Population at a Glance:
•     There are 1.6 million veterans in the state of Florida.
•     Florida has the largest population of World War II veterans in the nation.
•     Vietnam veterans are Florida’s largest veteran demographic.
•     There are more than 140,000 women veterans in the state of Florida.
•     Florida is home to more than 230,000 younger and returning veterans from Operations Enduring Freedom and Iraqi Freedom.
•     Florida veterans draw down $13.7 billion annually in federal benefits.
•     Veterans living in Florida have access to 7 VA Medical Centers, 45 VA
Outpatient Clinics, 24 Vet Centers, and 7 State Veterans’ Homes.

​No matter where, how or when Florida’s veterans have served,
we honor them. Visit www.FloridaVets.org to learn how FDVA
can connect veterans and their families to benefits and services.
Request Military Records

Most federal, state and local veterans’ benefits require proof of military service through an official discharge document, often called a DD-214 or one of its predecessors.  You may request a free copy of your military service record through the National Archives at http://www.archives.gov/veterans/.
Veterans’ Preference

The Florida Legislature passed Veterans’ Preference laws to assist veterans, their spouses and family members in pursuing employment opportunities for recruitment, selection, promotion, reemployment and retention. This is one way the State of Florida can express gratitude for your service to our country.

Below are the rules promulgated by the Florida Department of Veterans’ Affairs to implement these laws.

Rule No.: 55A-7.007
Rule Titles: General Eligibility for Appointment and Retention Preference
https://www.flrules.org/gateway/View_Notice.asp?id=17646063

Rule No.: 55A-7.008
Rule Titles: Persons Eligible for Appointment and Retention Preference
https://www.flrules.org/gateway/View_Notice.asp?id=17646160

Rule No.: 55A-7.010
Rule Titles: Employment Preference When Using a Numerically Based Selection Process
https://www.flrules.org/gateway/View_Notice.asp?id=17646354

Rule No.: 55A-7.011
Rule Titles: Employment Preference When Numerically Based Selection Process Is Not Used https://www.flrules.org/gateway/View_Notice.asp?id=17646451